You know, I’ve had the pleasure of working alongside some fantastic Presenters over the years; on the airwaves, on stage and at festivals. You find yourself in a position where you are broadcasting to either a few, to a few hundred or to several thousand people. Each of these occasions is unique in their own way. Whether you enjoy them or not depends on a number of things, the atmosphere, the crowd and most all, who you’re presenting with.

With Nicola Hume, from the moment I met her in the studios of Radio Jackie in 2011, I thought ‘this is my kind of Presenter’, we both started off doing Traffic and Travel at Jackie for various presenters, Mick Brown, Charlie King, Steve Mowbray et al…cutting our radio broadcasting teeth before both of us landed up getting our own shows within months of each other. I got Friday and Saturday nights 11pm -1pm and Nicola got her’s on Saturday from 9-11, this would automatically mean I would follow her show, she would be like my warm-up on a Saturday night – what actually happened was that she set the bar so high during her show, that I had to reach and match the superior quality, vibrancy, naturalness and fun…a tall order, made easier by our comedy handover points between our shows.

I had actually met and worked with Nicola a couple of times on Hospital Radio at St Helier, when after realising we had both stations in common, she covered for my co-presenter on that station: Nicole Carberry on a few occasions and it was actually at this point that I realised this is too easy: to have someone you just bounce off and it’s such a synch! This has continued seamlessly from St Helier to Jackie to Roadshows, there’s a few to mention but the last two we did couldn’t have been more different:

When we were asked back in April if we’d like to Present the Happy Days Festival 2013 over the first weekend in June, we were both in absolute shock and totally flattered, as we’d both been there as punters the last couple of years…in fact last year at the festival, we were on this ride which, as anybody knows, I’m not great at rides but she was sat next to me as it span round and round, I closed my eyes so tightly, meanwhile she was in stitches, she was trying to unclench my fist holding onto the bar restraint for dear life…she found this hilariously amusing. I’m not sure if she was enjoying the look on my face more than the ride itself.

As you would have seen in my earlier posts following Happy Days, it was one of the highlights of my year

and of presenting career thus far….introducing the likes of Jocelyn Brown and UB40 in front of 4,000 people over a bright sunny and hot weekend…nothing could beat it, and of course it was the first and now the last time that we’d ever present this Roadshow together. The last Roadshow that we’d done last month together was the Fuller’s 10k in aid of Cancer Research UK in Chiswick, such a different occasion early on Sunday morning as you’d expect…tough crowd, but no less fun, how can it not be when you’ve got your presenting wife beside you.

It wasn’t just the fun of broadcasting together on radio and at Roadshows and festivals, we had for the best part of 2012, alongside her husband Scott, been making a film called ‘The Top 17 Greatest Dates of Matthew Reading’…we started filming in the February and continued intermittently through until the October. This only came about when my friend and Director Nigel Alred 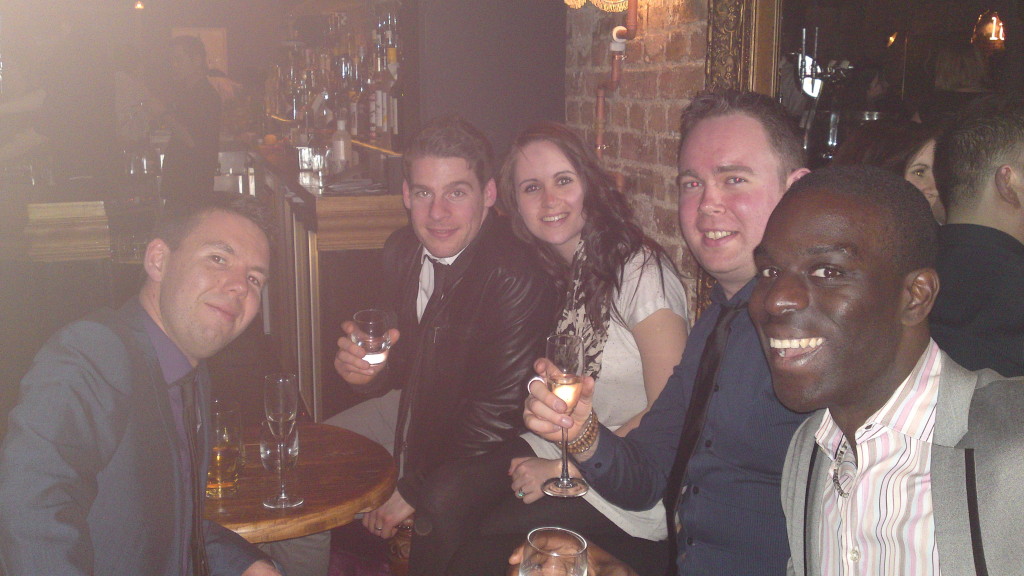 had tackled me in early 2012 to tell me about this comedy  film that he’d written about a man’s internet dating exploits with all of its pitfalls. He had me in mind to present it and he asked if I knew anyone to co-present it, my first thought in a split second was Nicola. He met her a few days later, loved her (who wouldn’t) and that was that, but to complete this casting he needed an actor for the starring role for ‘Matthew Reading’ and none other than Nicola’s hubby, Scott was cast in the lead role, everything else just came together so easily, filming was so much fun at various North London venues and we were so proud of the end result and the Premiere in April at the Riverside Studios was the cherry on the cake. As a presenter, this film was funny respectable and something to be proud of, but also visually captured forever just how great Nic and myself we get on at the helm of this little independent comedy movie…plus it would also provide some amazing footage for both of our the 2014 showreels 🙂

Two weeks ago, she called me one evening to let me know of this amazing news that the job she’d been waiting for had come through. She would be joining the Breakfast team for Heart Sussex and Surrey, an area who’s listenership is so BIG it stretches from Brighton to Crawley, Horsham to Hove, Redhill to Rottingdean (yeah that is a real place!). It’s a dream come true as we would constantly be waiting for the next job or consoling each other on a job we didn’t get…it takes one phone call to change everything.

I joined her for her last show on Jackie last night for a four hour extravaganza and like everything else I’d done with her, was pure joy and the time just flew by, seamlessly!! I doubt that I’ll ever enjoy working with someone as I have done with Nicola and will be listening to her first ever show tomorrow at 6am, just after I’ve just finished my overnight at Jackie at 5am. Beaming with Pride and love, she deserves every success in the future and I’m sure Tom and Jack will look after her. Even though we’re not going to be working together at Jackie, this is just the beginning for us!!

I love you so much Nicola Hume. What a happy time!!  xxxx 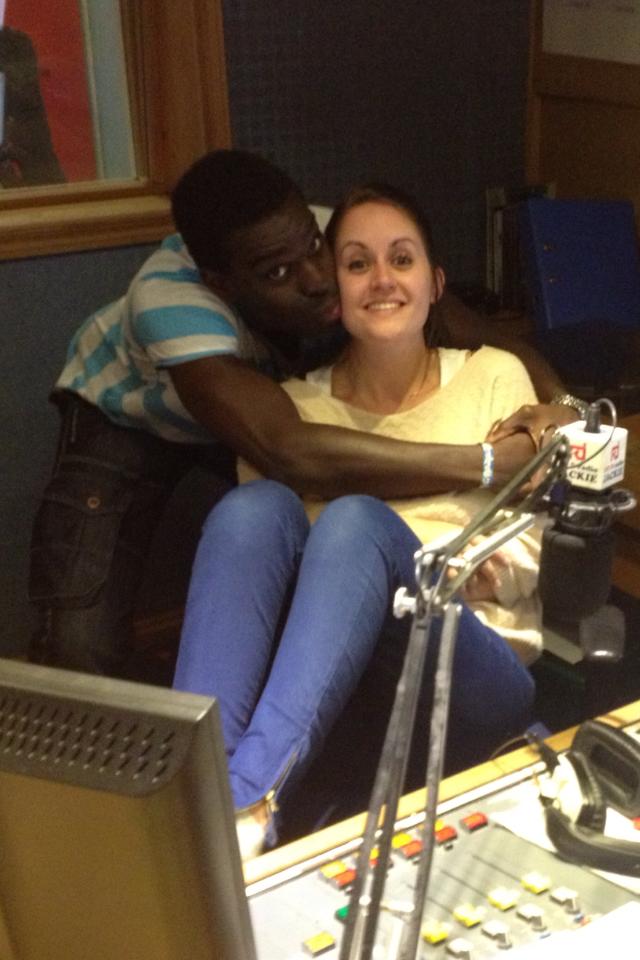