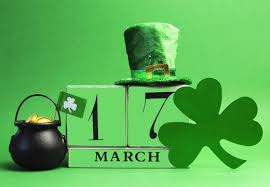 Ok so it was a bit delayed, but I’m officially the voice of Guy’s and St Thomas’ Occupational Health as said in a previous post, a bit later than planned, goes live from tomorrow…you’ll probably never hear this unless you are staff member of the Hospital Trust, work for the London Ambulance Service, are a KCL Student, work for Christian Aid, or the Houses of Parliament, or a host of other organisations….however, if you want to be sneaky…take a listen: call 020 7188 4152…to hear my voice…ok, that’s weird….

I’ll be on BBC London 94.9 next week; I’ve been on the show as a guest for four years now (can you believe it?!?!) and there’s a new phone-in format: just one guest (me) and one host (Simon Lederman) and loads of calls, we’ll be talking about the power of advertising and landlord issues…plus anything else that’s in that day’s news agenda.

There’s an stop motion animated nursery video in production for a wonderful German/English Kindergarten: K.I.S.H http://www.kish-london.co.uk/ called “What did you get up to?”. K.I.S.H. Nurseries emphasize the importance of outdoor play and the hands-on approach to natural resources, so it’s a different kind of Nursery and I have a vested interest as my beautiful Godson Sebastian starts there in October 2015.
KISH Nursery is proud to have a beautiful spacious garden as well as being in a green area in Ham and Richmond on both sites and is for four year olds and upwards and ‘ll be playing a Dinosaur…it’s weird I’ve always wanted to play a cartoon dinosaur and now I am….more news on the way….