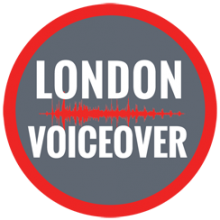 It’s just four weeks into the New Year and I am very pleased to announce that I now have new Management…no, no, no, Jane Compton is ultimately still my lovely Agent and Manager but I now have new Voiceover representation from LONDON VOICEOVER, who will now look after all my vocal talent needs, it makes me sound like I’m the new Luther Vandross…alas, I am not!! London Voiceover, the legendary British Writer and Broadcaster who has been associated with some of the most influential Radio and TV programmes of the last 30 years, including the Old Grey Whistle Test (I’m too young to know this one) and Live Aid, Jools Holand Top of the Pops and many more famous shows, and of course, the producer of Live Aid in 1985.
My page is being created on the website and I’ll let you know when it’s ready. But in the meantime, check out some of the names who I’ll being alongside:
http://www.londonvoiceover.co.uk/