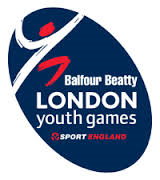 London sport’s unsung heroes from Croydon will be celebrated alongside some of Britain’s biggest sporting stars at the Balfour Beatty London Youth Games Celebration evening at then end of this week.

I’ll be the compere for the third consecutive year of the glittering ceremony at Trinity School on Friday 17th October and we are extremely privileged to have not just the Worshipful, The Mayor of Croydon, Councillor Manju Shahul-Hameed, but also a very special guest: the London 2012 Paralympics 4 times gold medallist David Weir CBE will also be present to hand out the trophies. As a child he was a talented wheelchair athlete, representing Sutton in wheelchair athletics at the London Youth Games, and won the junior event at the London marathon (the mini wheelchair race) seven times.

David has himself been inducted into the London Youth Games Hall of Fame AND won a total of six gold medals at the 2008 and 2012 Paralympic Games, and has won the London Marathon on six occasions!!

Out of the many awards to be handed out, the 2014 Virgin London Mini Marathon is a significant one. The mini-marathon saw nearly 2000 young athletes from all 33 London Boroughs take part in 8 keenly contested races. On Sunday 13th April, 49 young athletes from the London Borough of Croydon across each of the three age groups ran the 3 mile course through historical landmarks, beginning at the Old Billingsgate market and finishing in The Mall.  The Croydon Squad produced both personal and team success.

Other awards to be handed out will be ‘Team Manager of the Year’, ‘Best Placed Team’,’Most Improved Team’ and the ‘Long Service Award’, to name but a few.

This is such a wonderful ceremony and a chance to thank everyone involved for all the effort put in to representing the London borough of Croydon in such a fantastic way.