What  amazing event!! Volunteers, coaches, participants and of course the winners of Croydon were recognised for their contribution to another successful year in the London Youth Games at a special awards ceremony this week.

The Balfour Beatty London Youth Games Awards Evening took place at Trinity School, Croydon last Friday 17th October. We acknowledge and celebrated Croydon’s fantastic 2nd place this year in the London Youth Games, we awarded everyone in the squad with a small memento: all the sports teams involved from Volleyball, to Boccia (pronounced Bo-cha), Angling to BMX.  Out of all the awards, this year’s long service award was presented to Dave Harper from Warlingham and District Angling Society who has managed Croydon’s London Youth Games Angling squads since 1977!!

Drumming outfit ‘IDrum’ supplied the entertainment, but the outstanding moment was meeting an interviewing David Weir CBE – the London 2012 Paralympics 4 times gold medallist. As a child he was a talented wheelchair athlete, representing Sutton in wheelchair athletics at the London Youth Games, and won the junior event at the London marathon (the mini wheelchair race) seven times.  He has won a total of six gold medals at the 2008 and 2012 Paralympic Games, and has won the London Marathon on six occasions. He is an inspiration (see pictures below).

“The people who are helping deliver a legacy are those individuals and groups from city communities who are ensuring we can deliver a tangible legacy for London. Congratulations to all the award winners and inductees, it is much deserved. 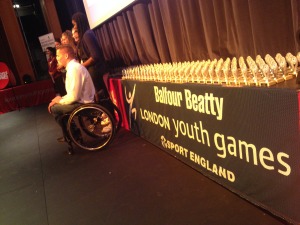 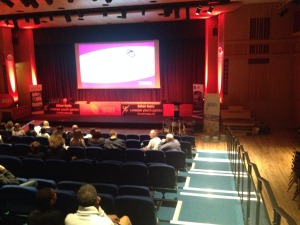 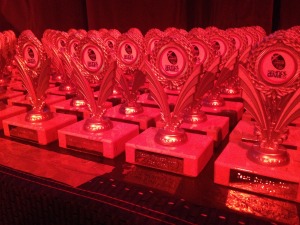 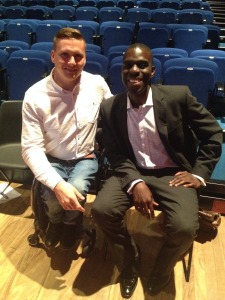 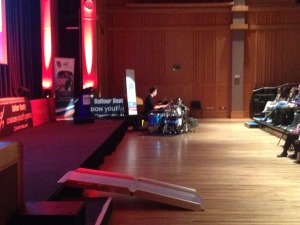