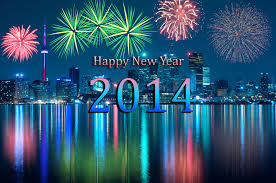 So here we are again, another year is looming upon us. Now I don’t know about you, but 2013 was a momentous year both personally and professionally. It’s always weird this time of year what I call Chrimbo Limbo week. When not much happens so it gives you a lot of time to think and reminisce about the previous 12 months and ask “what the hell was that all about?!”

I suppose each year we feel lucky to come out of one and say “I survived!” and better than that, say that it’s a better year than the one before. I made three, what I call ‘Plans of Proposals’ before the bongs of Big Ben on New Year’s Eve December 2012 and I’m pleased to say they all came through in the end. I’d said firstly, to get signed to a new Agent would be great and by January 9th 2013, completely unexpectedly, I got signed to Jane Compton who approached me a year after our previous encounter!

Secondly, I wanted to have presented my own show/s and then in June I found myself on stage in front of 5,000 people presenting the Happy Days Festival with my partner in crime, the amazing Nicola Hume, who is now Queen of Heart Breakfast Sussex and Surrey and doing a damn fine job. A little note here, one of the highlights of last year was also receiving the phone call from Nic in July telling me she’d got the job. The feeling you get when you hear fantastic news from your friends is amazing, it’s almost as if you’ve got the job yourself and is equally thrilling!!

The third thing I asked was to find myself in a decent relationship after a few disasters and I thought in reality I’d be asking too much and then November happened and I went speed dating, and, who knew that after the third time I’d been this year with friends, I’d received lots of positive feedback, little follow-up… until this final bout….and all of a sudden from nowhere a beautiful Welsh Dragon appeared…someone who I can only describe as hilariously, randomly, charming, opinionated, funny and unassuming….wow….

Looking ahead though, 2014 is shaping up to be a big year all in all. With all the usual presenting jobs including on 107.8 Radio Jackie: Friday nights on the way, BBC London 94.9 weekly with Simon Lederman, the diary has already been filled with the two huge Dog Shows for the one and only Battersea Dogs and Cats Home in Windsor and Battersea Park in the Summer, The Cancer Research Research UK 10k run in Chiswick, where not only will I presenting the gig but running it too!! (I Know, I aim for under an hour…it’s for charity!!) Plus lots more big news that I can’t tell you about yet…watch this space. Hang on, did someone say the Brit Awards? ITV Daybreak? ESTV, the Evenings Standard’s new TV Channel…Woah!!!

I’ve made three more ‘Plan of Proposal’ for 2014, I’m not gonna tell you what they are but let’s see if they come true, just like the year before and I’ll tell you in 12 months time!

I’ll be reviewing the year in Entertainment on my last Radio Jackie Show on 27th December 2013, plus playing the best party tunes anywhere. And in 2014 I shall be on Radio Jackie every Friday night, fly-kicking you into the weekend,  from 3rd January 2014, 11pm -1am. (Watch out for the new Promo in the next few weeks!!)

I’ll be back on BBC London 94.9FM, The Simon Lederman Show on Monday 6th January from 11pm, with my friend and fellow OA (we both went to Dulwich College) Russ Kane – you know him from Capital FM’s Flying Eye back in the Chris (Tarrant) and Kara Breakfast Show days of the 80s/90s.